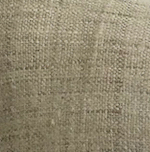 As winter approached, and our season wound down, I kept looking at that cloth. I imagined how we might use it. I had some white linen from garment fragments, and, knowing I’d soon be back in Guatemala I decided to commission embroideries on the linen.

My mind now engaged on a train of thought, I continued on. The linen fragments were small so the embroideries would have to be “patches.” I imagined we could appliqué the patches onto squares of the hemp cloth. We’d deliver the completed pieces to the talented women at UPAVIM and they would transform the lot into irresistible pillows. UPAVIM would add hand rolled piping and a hidden zipper so obscure you’d have to hunt to find it. When the pillows arrived at Cultural Cloth, we’d stuff them with feather-down inserts for a luxurious feel. YAY! A plan for the hemp cloth. 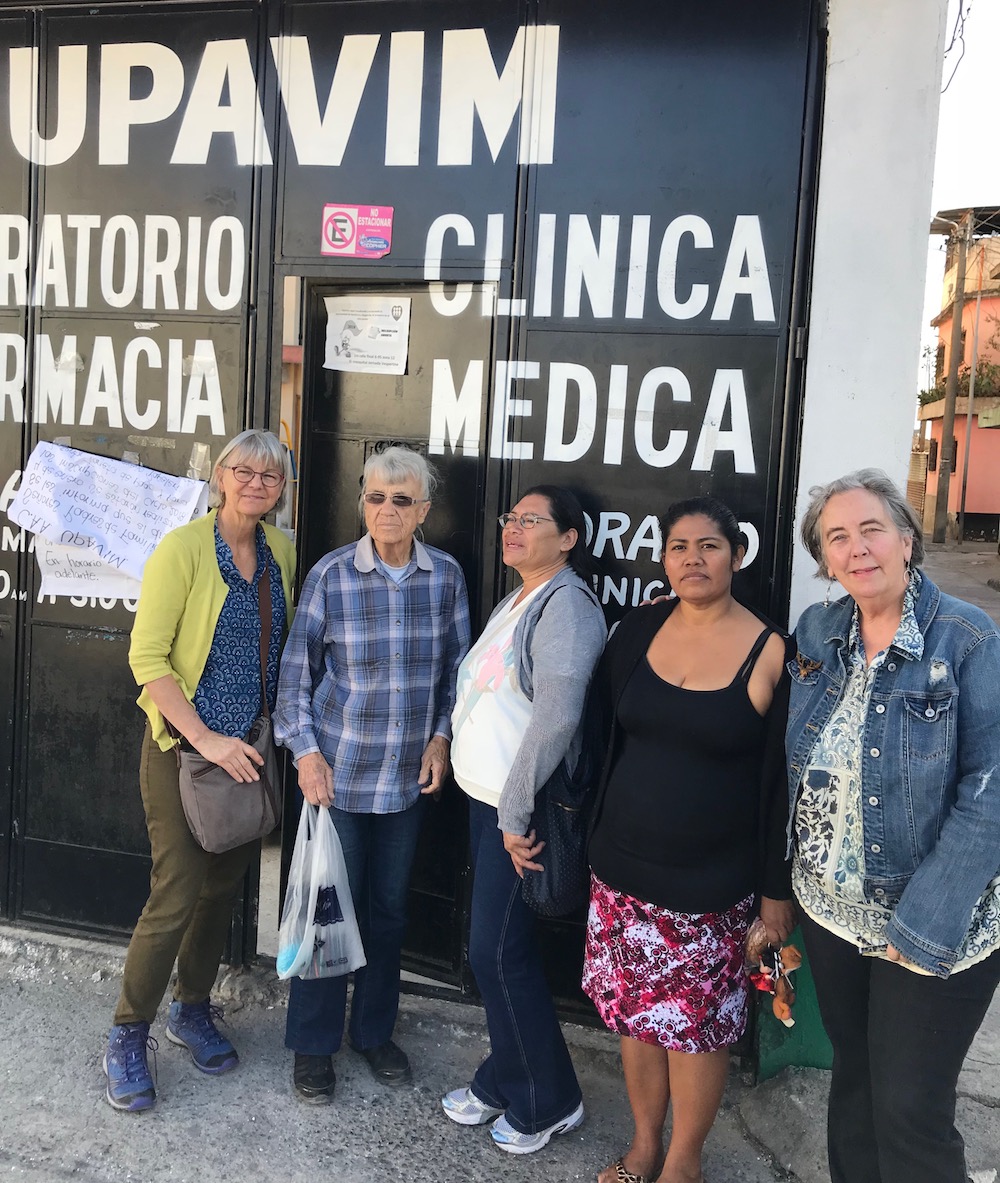 Jody and Mary Anne at UPAVIM.

Through Jody’s 25 years of working with Tzutijil Maya people in Santiago, she has grown friendships with many talented embroidery artists. (Tzuitiuil Maya embroider their traje—traditional clothing— with dazzling images of birds.)  Since Cultural Cloth’s early days, we’ve sold embroidery work created by many of Jody’s friends. They’ve applied their traditional bird imagery to curtains, pillows, bed coverings, satchels and more. 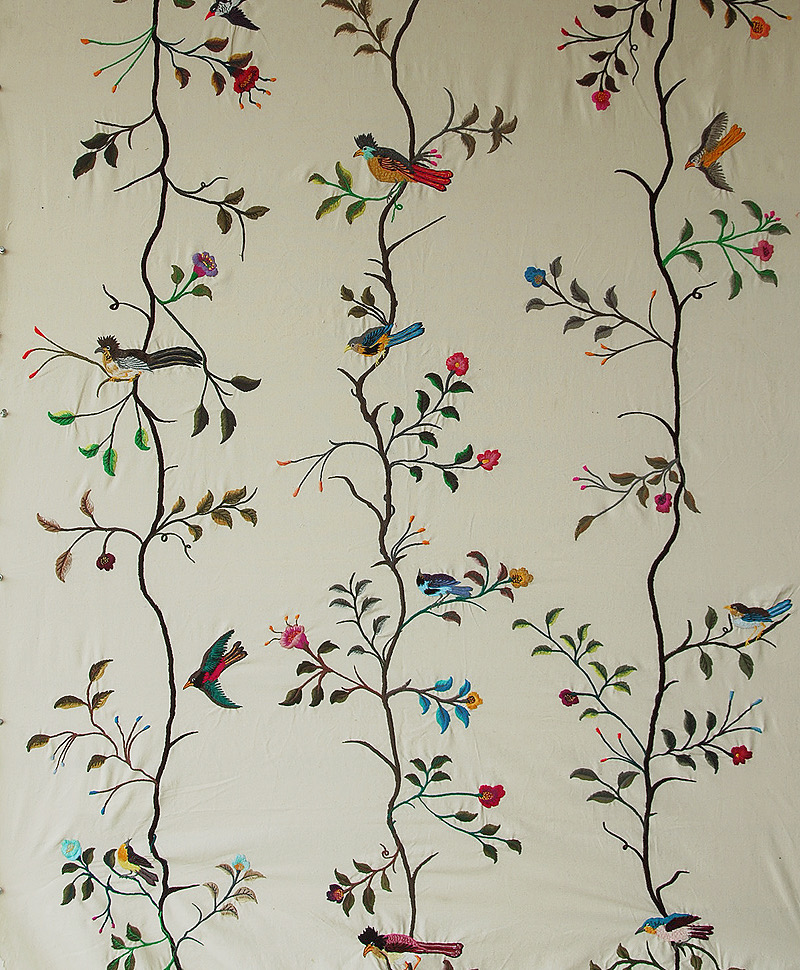 In our work with Multicolores, the Guatemalan based Non-Profit we co-founded in 2014, we have gotten to know more embroiders, too, through an embroidery project initiated a couple years ago. My thought was: distribute the same commission to those in Cultural Cloth’s “stable” of artists as well as those who participated in Multicolore’s embroidery project. Consulting with Reyna, our then in-country director, we wondered: could we learn anything by comparing the results of the completed commissions from the two artisan groups, anything that might further the objectives of Multicolore’s Embroidery Project? 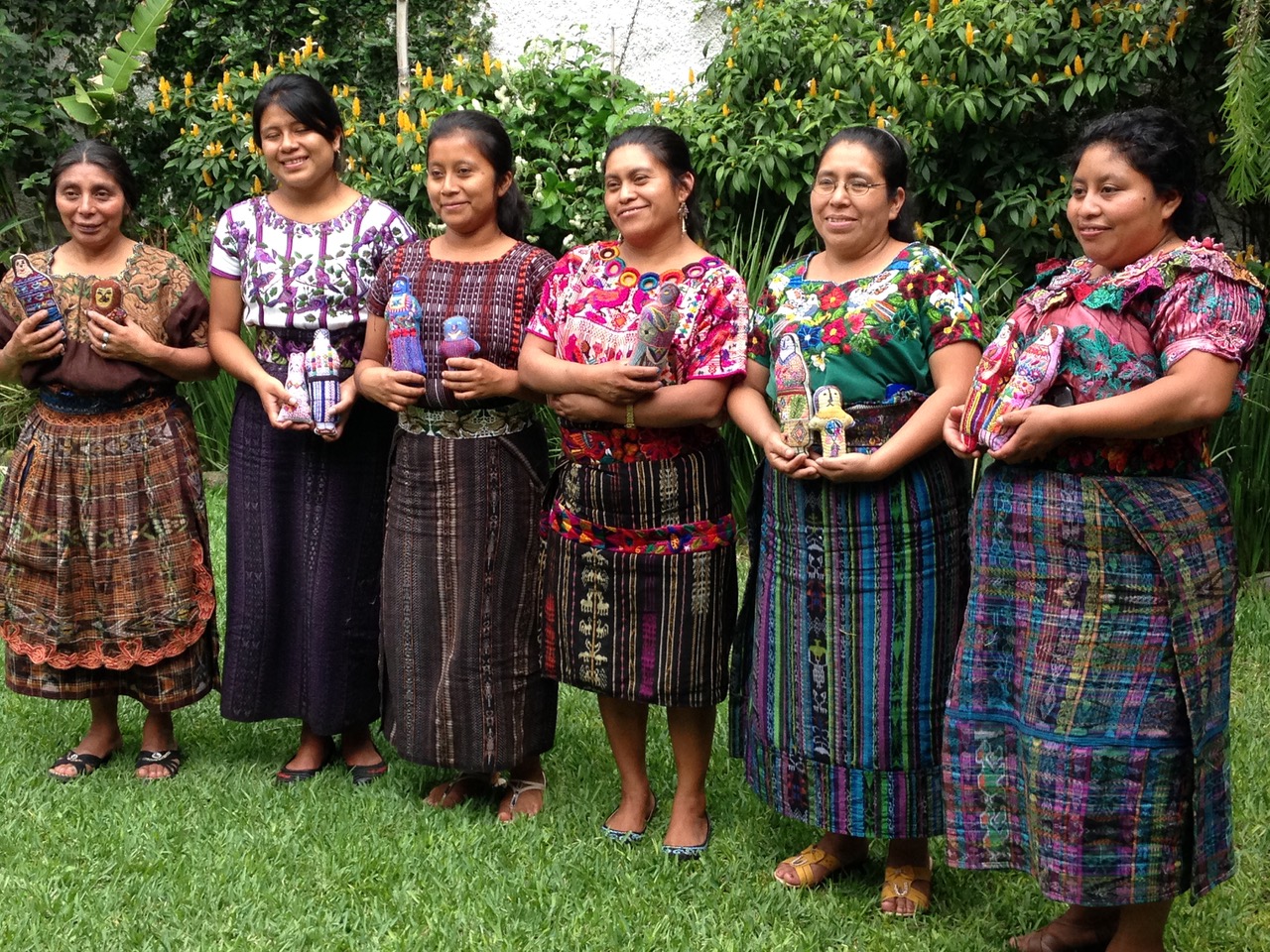 Participants in the Embroidery Project holding their first dolls

We knew both groups would deliver beautiful work because all the women are accomplished artists. But the artists who participated in Multicolores workshops had expanded their knowledge of stitches. We wondered: would their expanded repertoire affect their approach to the commissions and if so, what does that mean? For one, an expanded repertoire of stitches means more “tools” in the artist’s toolbox. It could mean the artist would utilize different stitches to affect texture, for example, in the way a painter employs a variety of brush strokes. It could mean less “stitch and fill” and more interplay between the base cloth and the stitches. 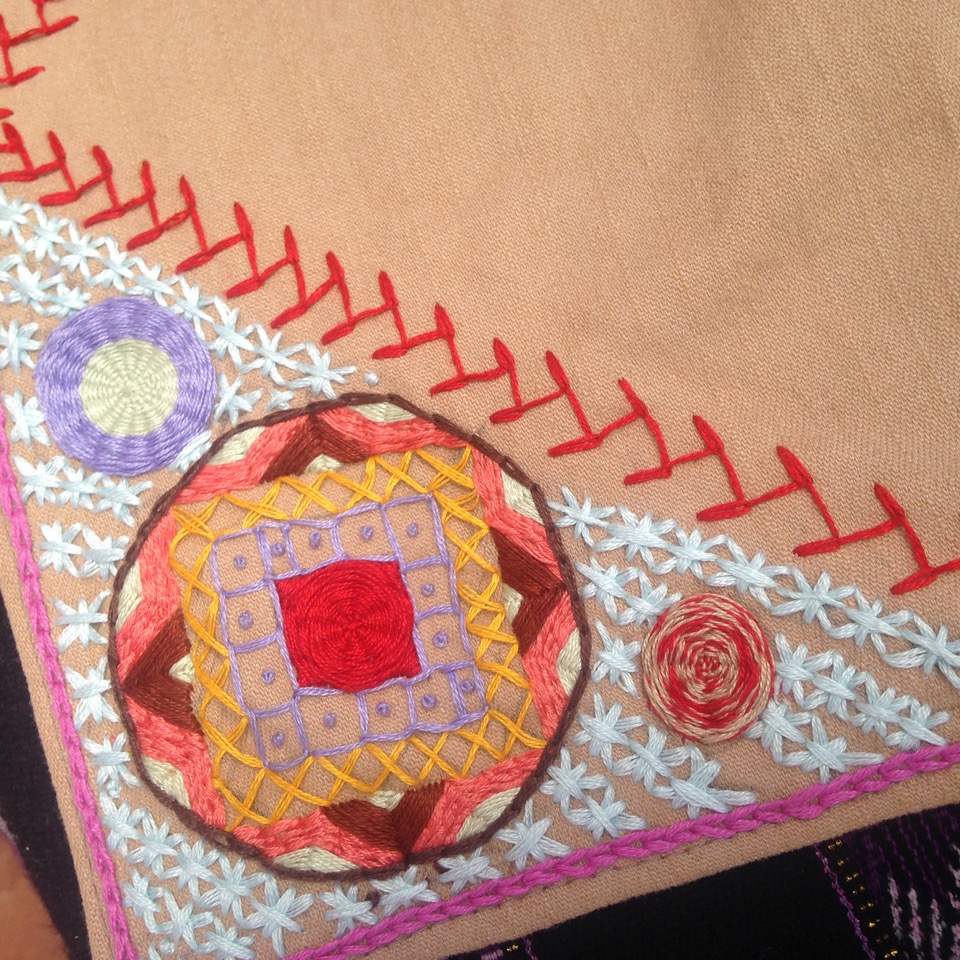 Exploring new stitches- sampler by a student in the Embroidery Project

We’re still digesting the results- but in the meantime, here are a few pieces to compare. Happily, most are for sale right now. Along the way to completing these beauties, women in Laos and Guatemala have earned money. And we’re learning, too. 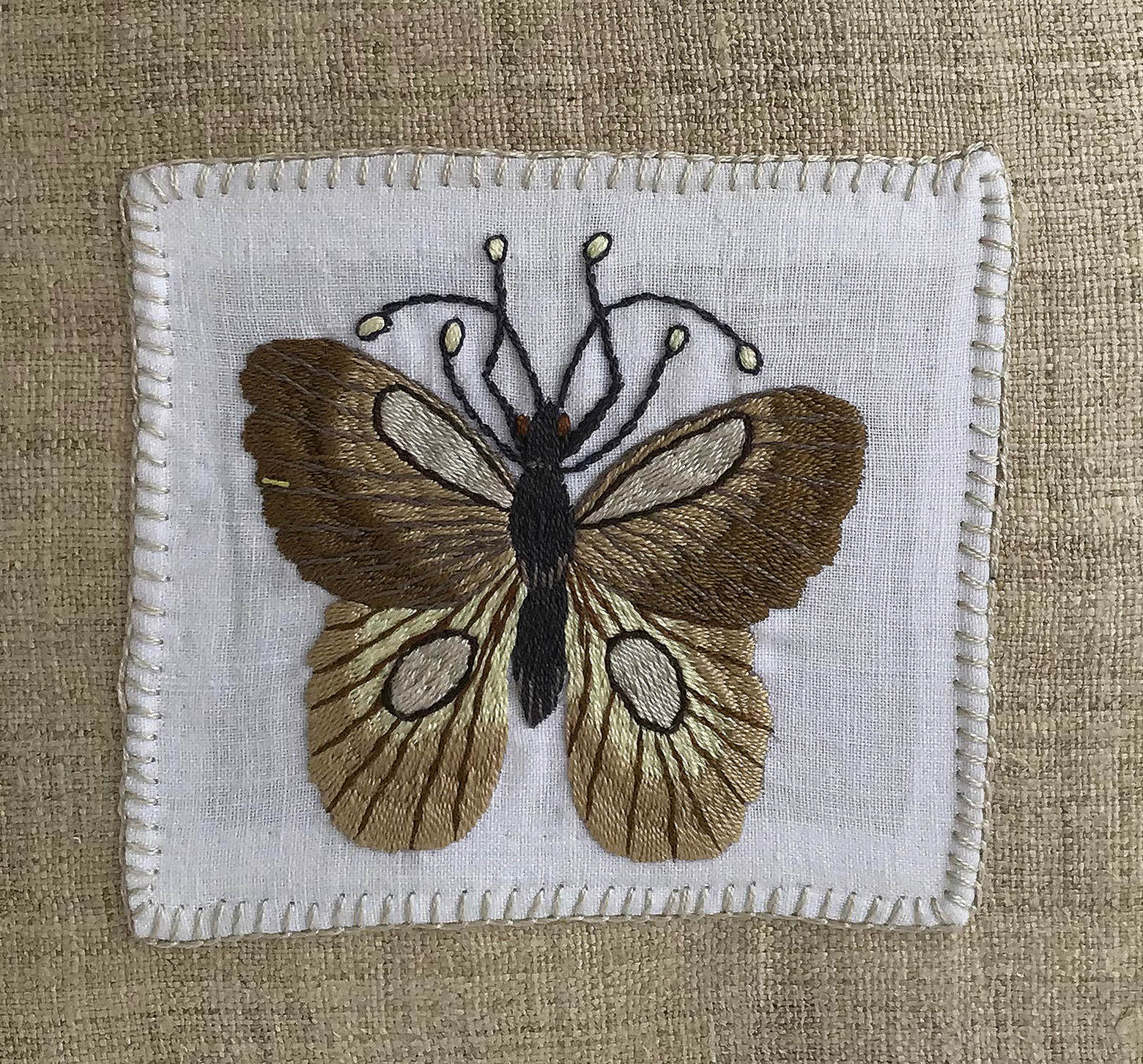 above: Embroidered patch on a 14” pillow by Rosa, one of Cultural Cloth’s embroidery artists.

above: Embroidered patch on a 14” pillow by Sara, a participant in Multicolores’ Embroidery Project. 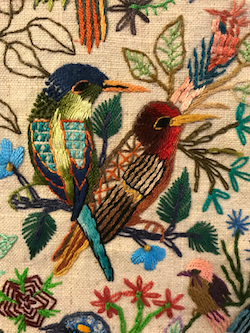 Detail of a one-of-a-kind embroidered 16x16” panel on linen by Dolores, a participant in Multicolore’s Embroidery Project. 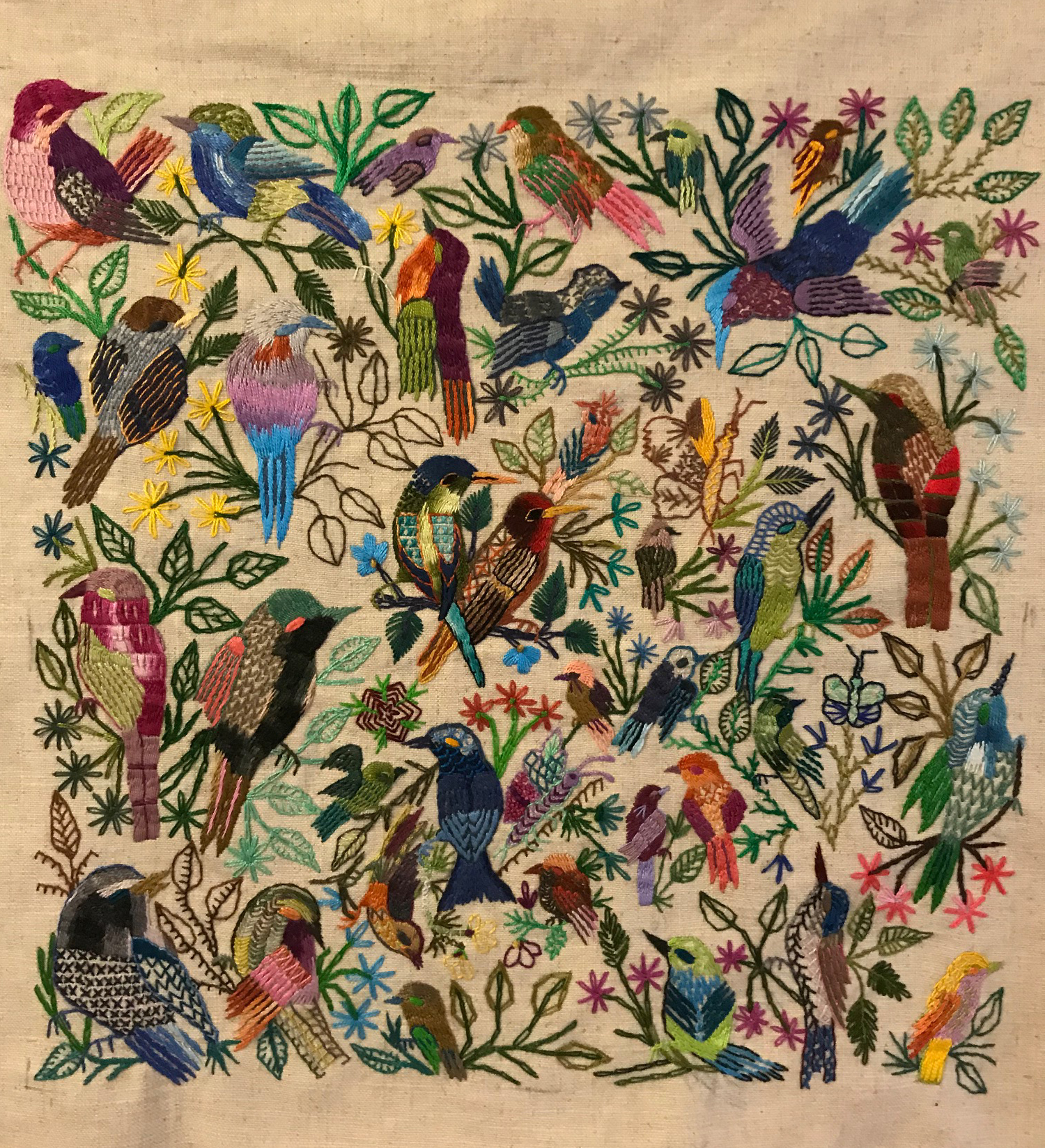