We learned about gamcha this winter while visiting the folks at 145 East, a clothing company in Kolkata. Gamcha is a thin cotton towel handwoven in bright primary colors by weavers located in rural villages that rim the city. Given the heat and humidity of the region, gamcha towels were preferred by Kolkatans for its ability to wick moisture off the body. Recently, however, industrially produced terry-cloth towels have threatened the livelihoods of the gamcha weavers. But the folks at 145 East, and others, are innovating with gamcha to create fashionable, well-designed clothing, too. Their mission is to create demand for their products to sustain the way of life for the gamcha weavers. 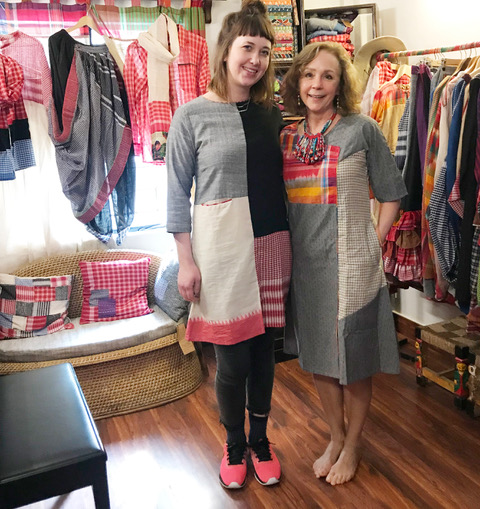 We thought it’d be interesting to buy some gamcha fabric to sell at our store- but we came up empty handed. We came up empty handed, that is, until crossing a busy street having just exited a fabulous button store and were now cautiously weaving our way through numerous lanes of stalled rush-hour traffic. (Shopping for buttons is another story.) Approaching us from the opposite side of the street was an itinerant salesman trying to sell gamcha to the stalled motorists. The salesman was astute –he noticed us eyeing the high stack of gamcha he’d slung over his shoulder. He swung on his heels and turned to follow us. 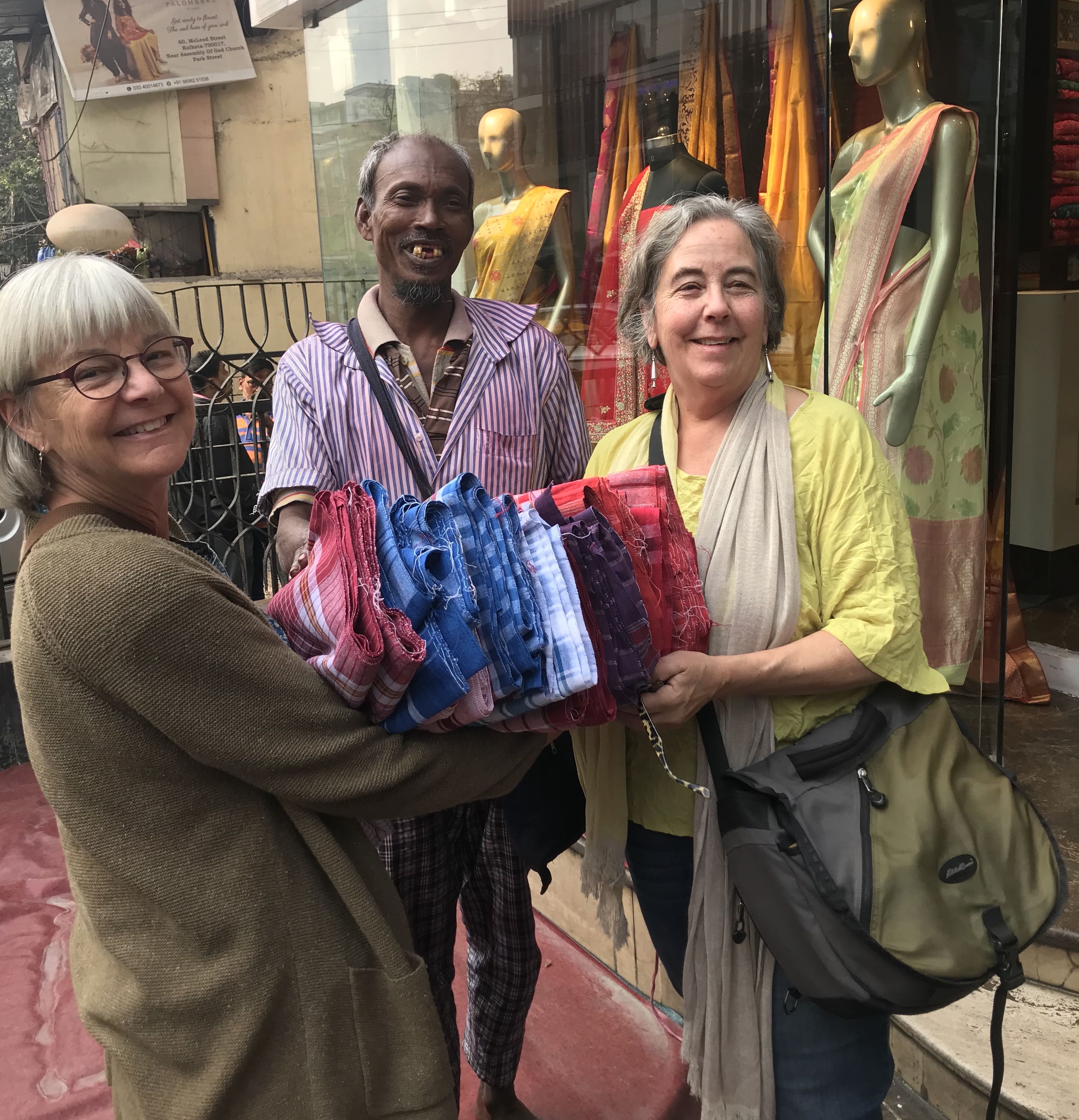 This was our opportunity! We attracted only a small crowd as we pulled sheets of plastic from our backpacks and spread them out over the sidewalk bustling with pedestrians. (Trust me, we travel prepared for almost anything). The itinerant salesman, who, we learned, represented an association of weavers, carefully laid his colorful stack of gamcha on top of the plastic for our review. To his intense pleasure we bought it all. 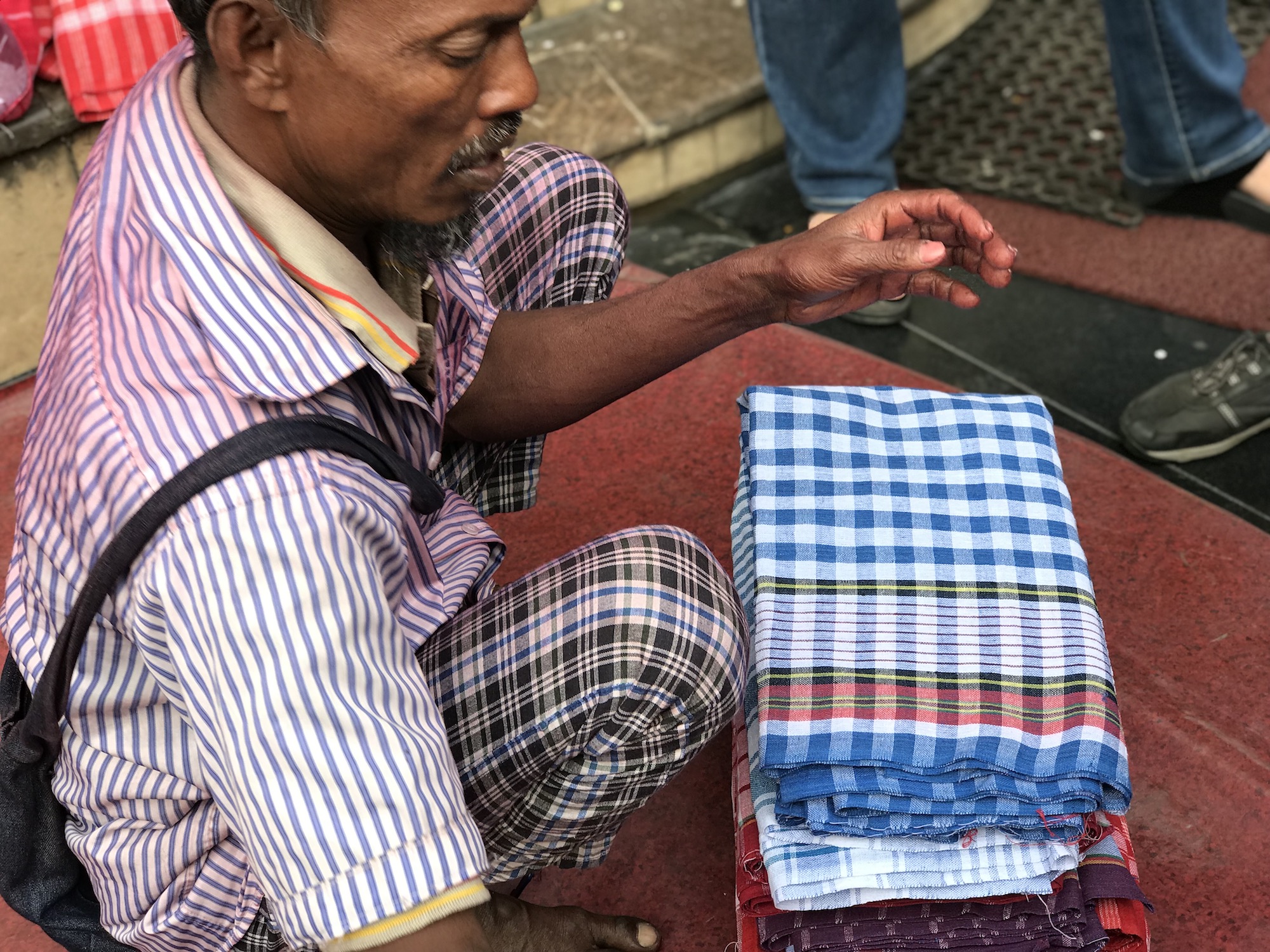 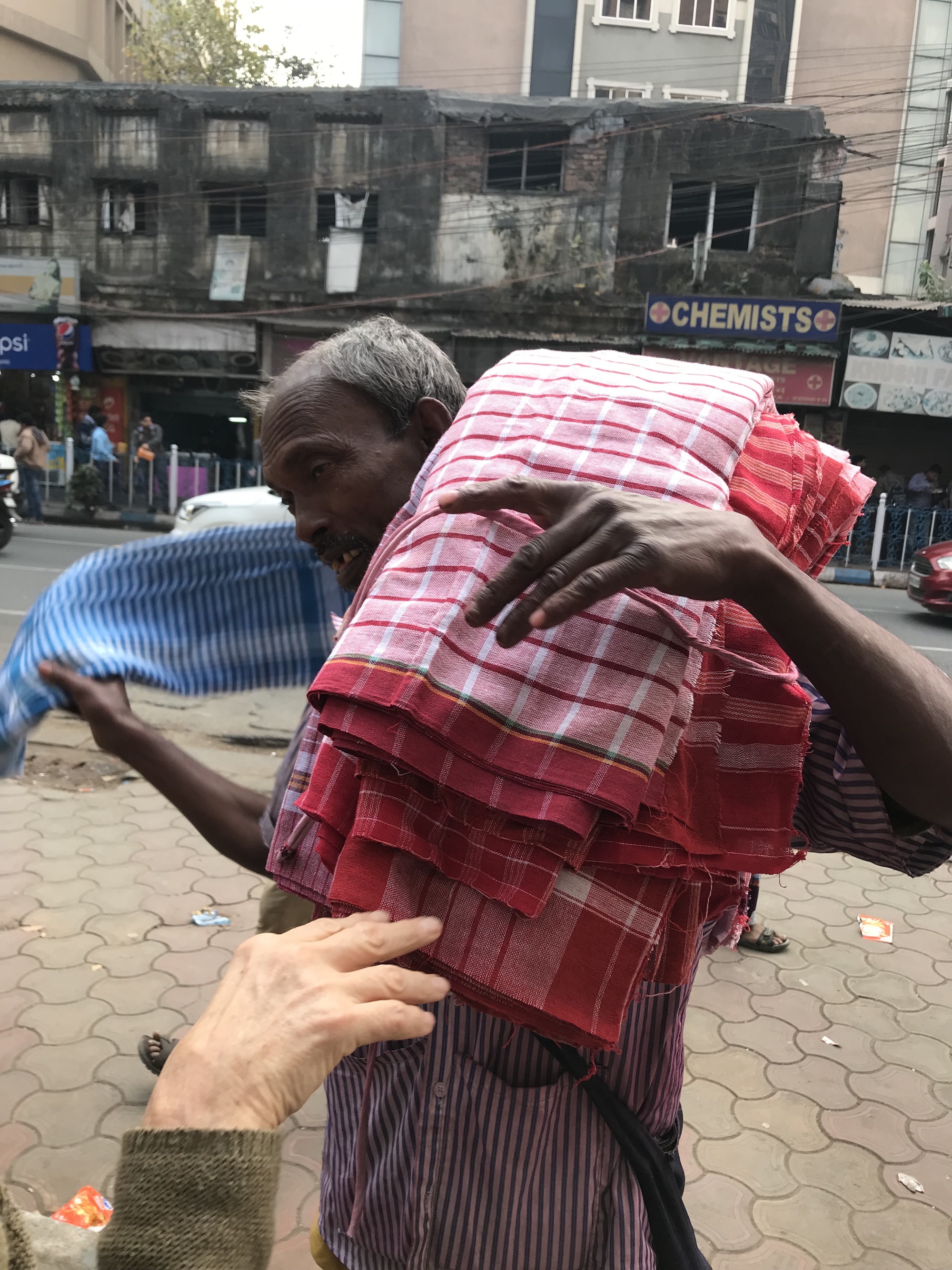 With midwest summers in mind we designed double-layered reversible bath towels from gamcha. A group of kantha stitchers (hand sewers that utilize the running stitch) sewed the layers together. Our colorful towels are soft and absorbent and they are an authentic representation of the Kolkata gamcha tradition.