Click here to read the article about the bourcherouite weavers written by Mary Anne Wise that recently appeared in Hand Eye Magazine. 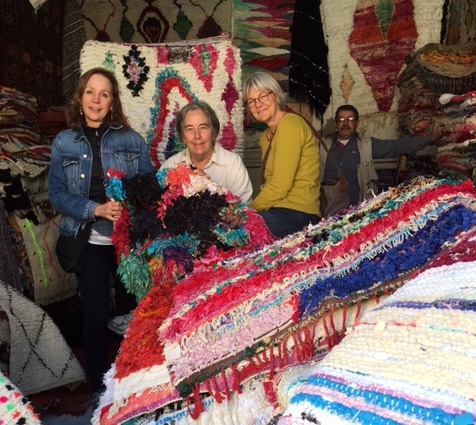 While we were in Morocco we had the privilege of spending the day with a collective of bourcherouite weavers. These women live in douars south of Marrakech. A douar is a group of houses that is too small to even be called a village.  Click here to see all of our Moroccan boucherouite rugs. 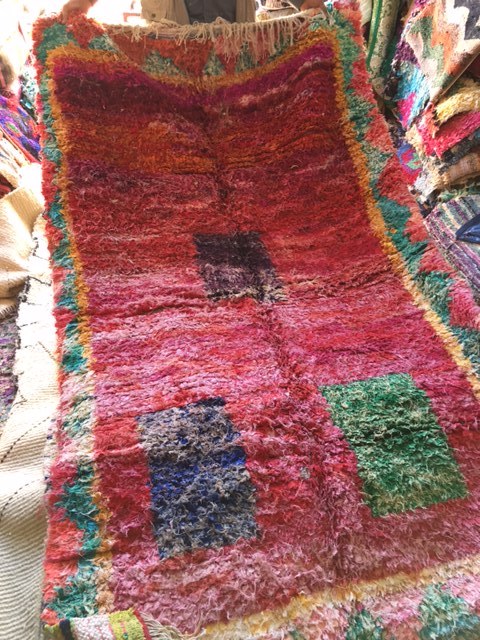 We love boucherouite rugs because they are made from cast of djellabas, the women’s caftan-like dresses and are all the vibrant colors you would expect from Morocco. These women make flat weave and knotted rugs. This craft is accessible to more women because it doesn’t require scarce and expensive supplies. In Morocco, the women do the weaving. They learn from their mothers starting at about 10 years old. They bring their children, food and lots of laughter to the work day. 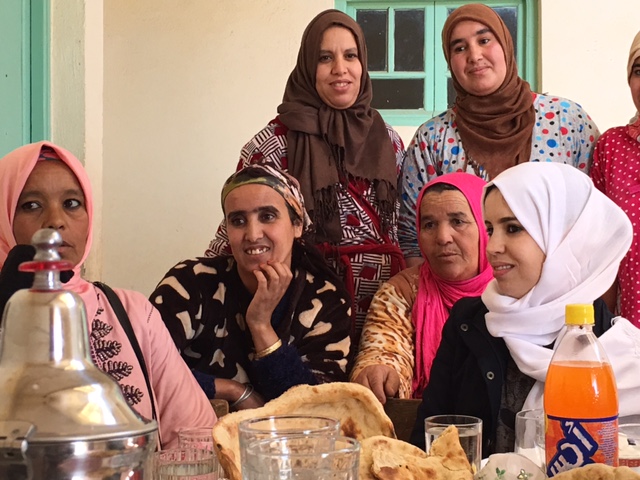 These families are mostly farmers and money is tight. The women use the money they earn to “make their lives and the lives of their families better”. “We want our children to be able to stay in school,” they said and they were happy to weave “because it was creative and they were always learning something new.” They were also excited to think that some of their rugs went to far-off places like America. 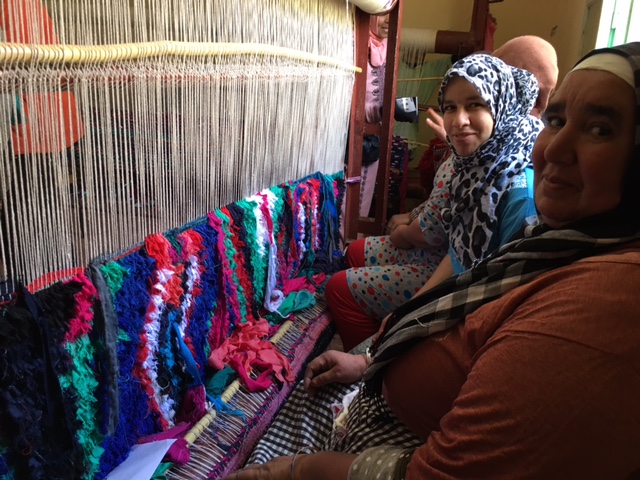 We had the privilege of visiting three different workshops during this afternoon. We were escorted from douar to douar by the president of the weavers, Saida. She was proud of her role and ready to support the women. She led us down the dusty, gravel path on her motor scooter. Her son taught her how to drive the scooter and you could tell she was so pleased with the independence it gave her. 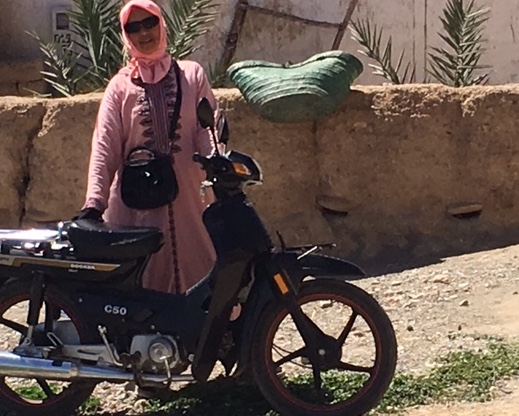 These women make both flat weave and knotted rugs. Every day is “bring your kids to work” day for this group. Little ones ducked behind the looms or sat patiently next to their Moms watching them tie knots and pound them tight wondering when it would be their turn to be a rug weaver. At each workshop we were treated to an extensive spread of food and of course endless mint tea. We ate heartily at the first stop but by the third stop we were just nibbling. 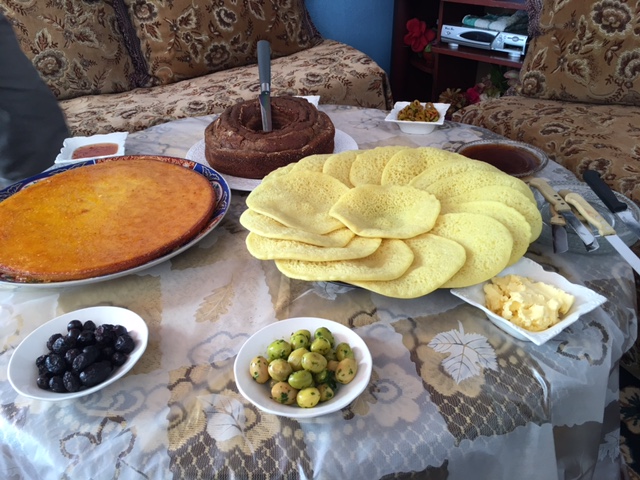 Some of the workshops had school rooms attached so that the kids could learn while the moms worked. The classroom was lively and friendly with art projects pasted everywhere just like a school rooms here in the US.These Berber women are traditional. They don’t venture far from home so they depend on Abduwahed to sell their rugs for them in the souk of Marrakech. Abduwahed has worked with these women for years helping them to develop their skills and to get the best price possible for their rugs. He quietly looked at the rugs and commented on the good construction and their use of color. Once he mentioned that one of the colors was a little too metallic and bright. The maker quietly smirked. She said she knew that but she did it anyway. It was her chance to “shine”. 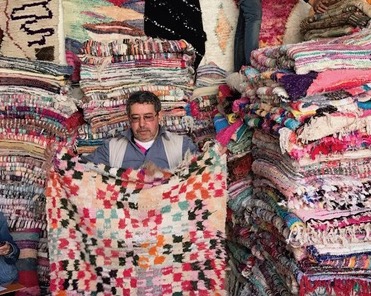 We love these rugs. We met the women who make them. We were impressed with their skill and their use of color. We saw how the money they earned made a difference for themselves and their children.