In 2015 a customer brought in a bag of embroideries she’d purchased from a women’s economic empowerment group in Madagascar called Stitch St Luce. She wanted us to ‘see’ these pieces, wondering if, perhaps, we’d help these women connect to our market. Stunned speechless by the quality of the work, the answer was: “yes.” A year later, after numerous back and forth email conversations, we hosted Stitch’s first ever U.S. exhibition displaying embroidered Malagasy folktales commissioned by Cultural Cloth.

View the embroideries from St Luce.

Reconnecting with the group in the fall of 2019, we learned how the group has grown since our exhibition four years ago. With an eye towards establishing themselves as an independent co-op, the women have:

Transitioning from under the umbrella of an existing non-profit to an independent organization is no small feat. For women with little or no formal education, studying English by daylight, because there is no electricity, means you are adding this task to a day already laden with domestic chores- as well as your embroidery work. Learning computer skills, along with marketing skills –including things like ‘how to interact with customers’- are other important accomplishments. These achievements bear witness to the women’s motivation and determination to change the trajectory of their lives. 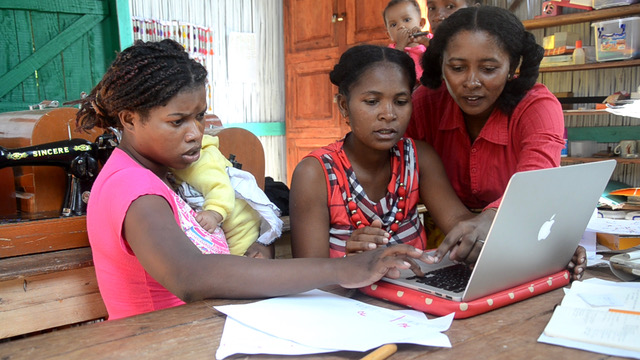 Below are some of the embroidered folk tales. View our collection of Malagasy folk tales here. 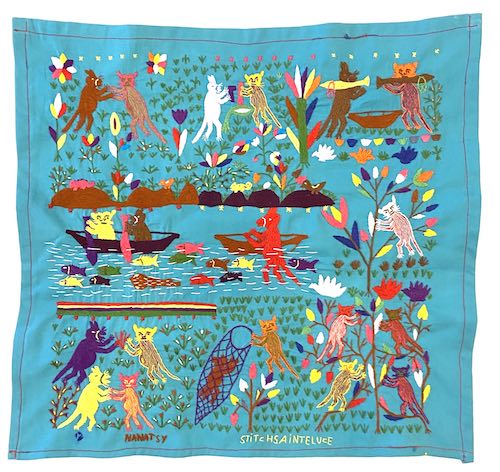 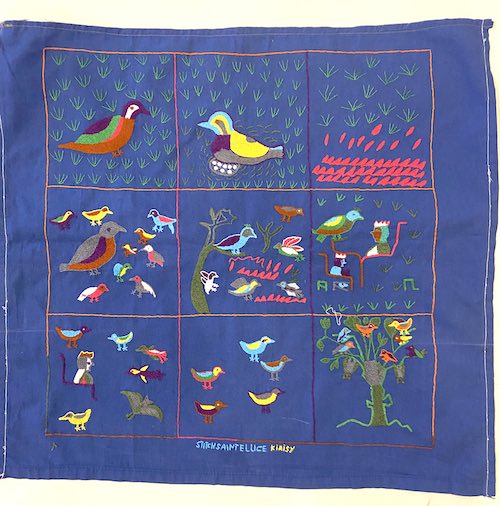 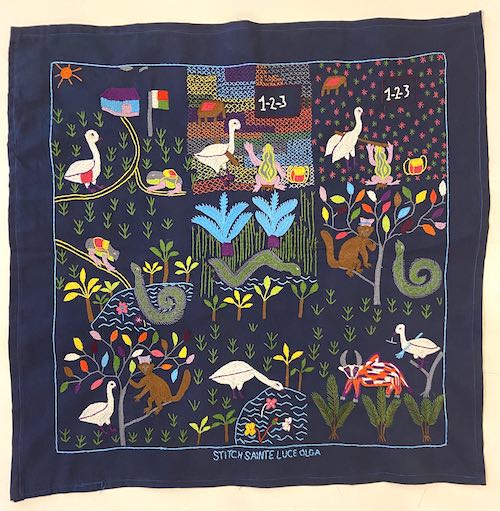 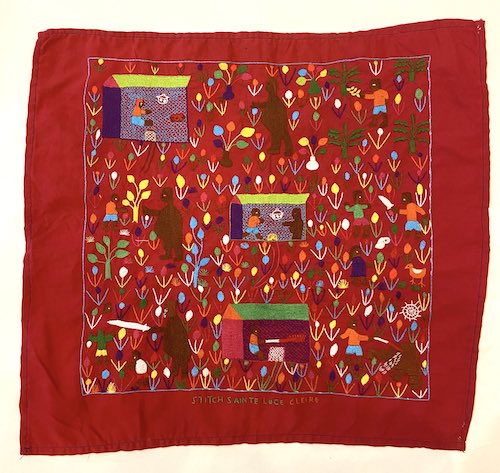