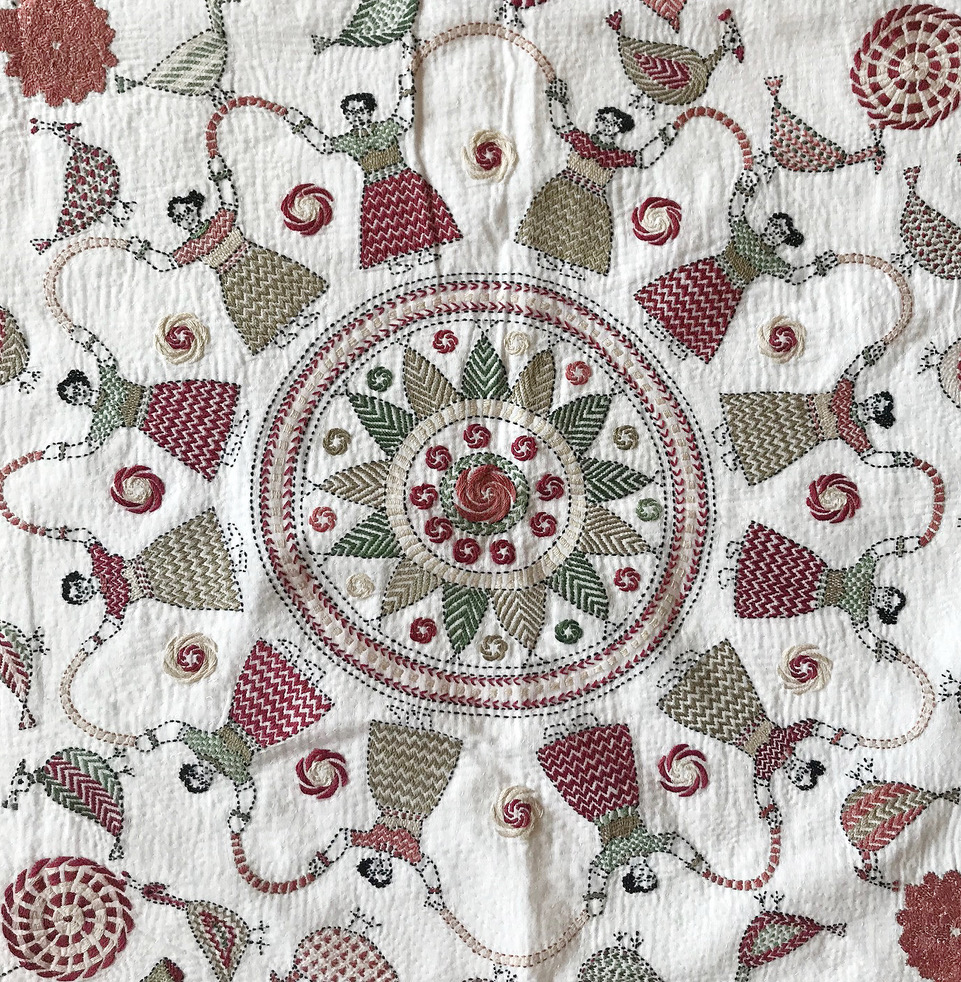 It is one of the oldest forms of embroidery to originate in India and rural housewives played a major role in the evolution of this art form. West Bengal kanthas often take shape as a quilt, although kantha stitching is also found on women’s saris and domestic objects like wrapping cloths. Daily life:  marriages, family and births, all inspired the stitched stories celebrated in the women’s quilts.

Women would recycle 4 or 5 old saris layering them into their quilts. Fine running stitches would hold the layers together and ‘fill out' the story. Often, multi-generations would work on the same piece and, as a result, kantha quilts became associated with the creativity- anonymous women telling their stories, the intimacy- grandmothers, mothers, sisters and daughters, and the resourcefulness of women- who ‘repurposed’ discarded saris into this spectacular art form admired by collectors around the world. 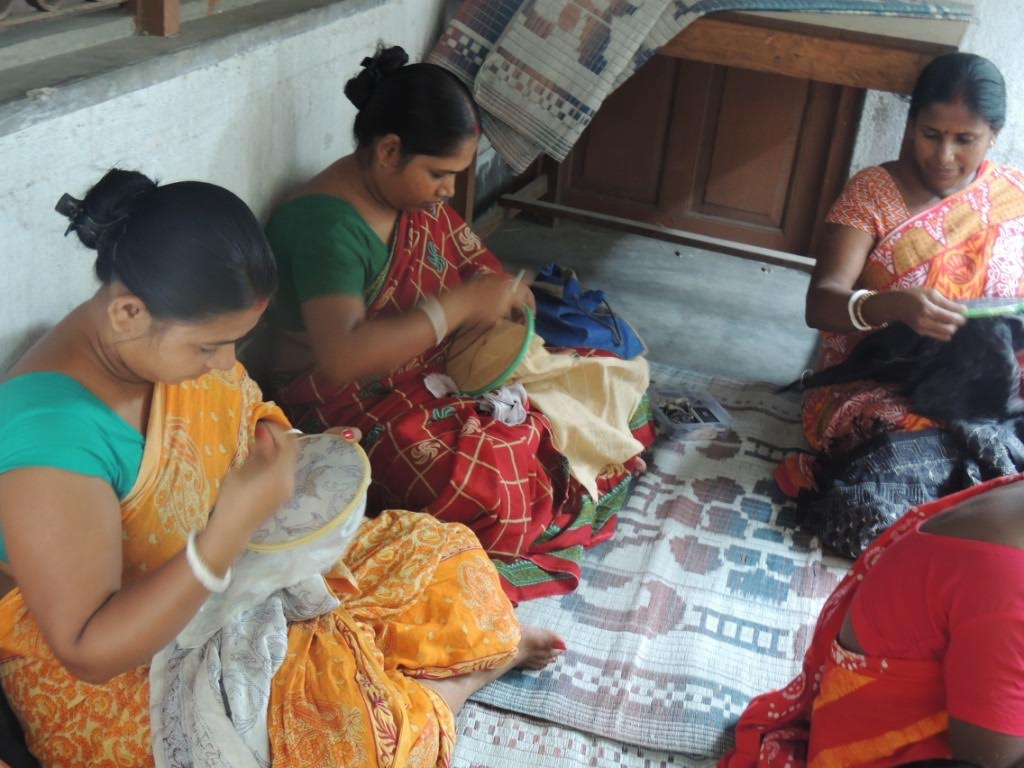 During the 1971 Bangladesh war (formerly known as East Pakistan, bordering the Indian state of W Bengal), a constant exodus of refugees seeking food, shelter and work descended upon nearby Kolkata. The refugees carried what they could- their children and precious few belongings. They also ‘carried' their textile heritage for some of the women were skilled kantha artisans and the tradition of kantha embroidery lay embedded deep within.The refugees settled on the fringes of the city in temporary shelters surrounded by wetlands that would often flood resulting in starvation and loss of many lives. National and global aid agencies were called to help the starving refugees, including Mother Teresa. Mother, along with others, realized the enormity of the situation and understood temporary programs were not the answer. She began organizing the women and providing them with skills training, as needed, and an organizational structure to help them become self reliant. Soon Panchannagram Mahila Samity was born and iterations of this organization still exist today. 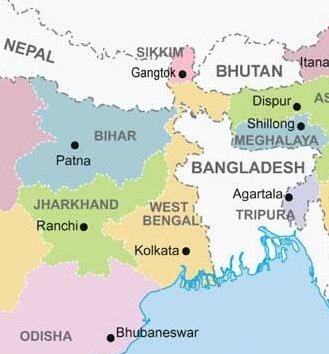 Five decades later, the ‘psyche' of kantha embroidery still runs deep among the now settled refugees and their descendants. Through their associations with other existing non-profits, the women who stitch Cultural Cloth's pictoral kanthas gain access to outside markets. The pieces offered here, are all custom designed and made for Cultural Cloth. The 55 artists work from home and at their community center, too. They come together united in purpose and train younger women in kantha stitching, share knowledge and find mutual support for their artistry and their lives. 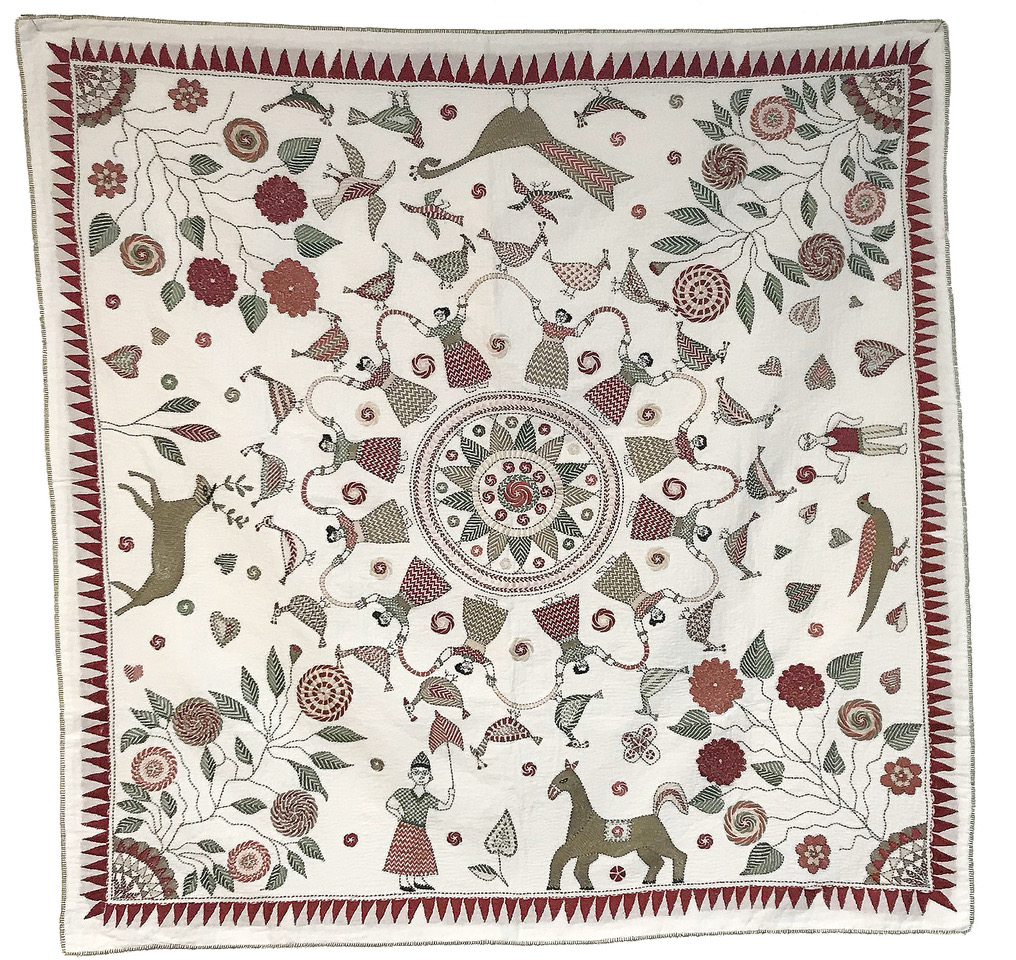 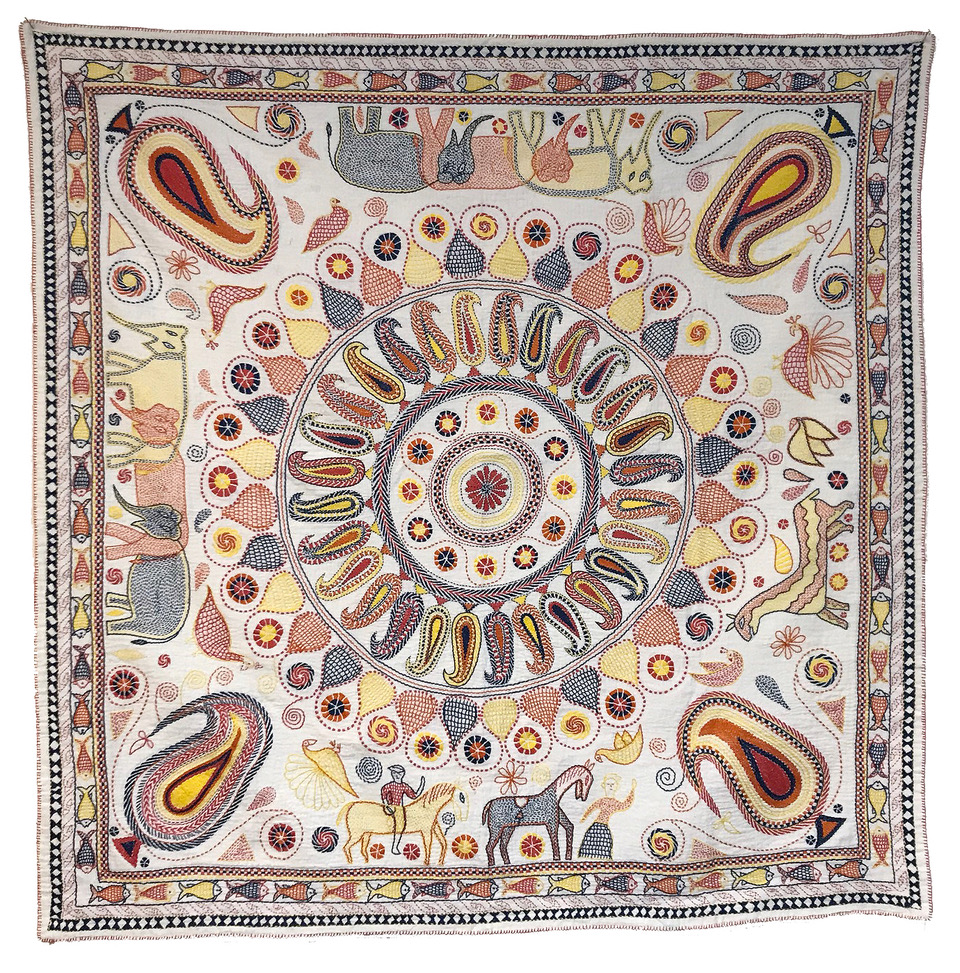